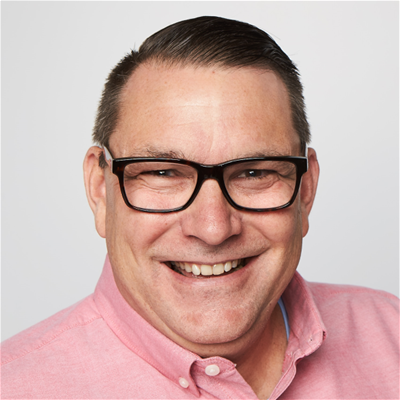 Chris has a diverse 30-year public and private sector Loss Prevention/Law Enforcement background. He started his career as a commissioned officer in the US Army's Military Police Corp. A combat veteran, Chris led and trained Military Police units in South Korea, several US locations, and Mogadishu, Somalia during the Somalian conflict.

He moved to Gap Inc. as the Senior Director of LP for Banana Republic and ultimately into his current role at Old Navy. He created a track record of building strong teams, innovation, and integration with the core business to achieve significant financial improvements and create a safe and secure store environment.

Chris is an active member of the community highlighted by his work with the National Center for Missing and Exploited Children (NCMEC), where he is on the National Board of Directors. He is proud to lead Old Navy's efforts to support the NCMEC, including Safety Day events that have raised over $3M, the delivery of child safety education, and support of the "Hope bag" initiative to help victims of exploitation. In 2018, Chris and the Old Navy team were awarded the Hope Award from NCMEC. Chris was honored with the NRF LP Volunteers in Action Award in 2015.

11:00 - 11:45 AM
Managing store operations in the face of crisis and critical incidents

Collaboration is the most effective strategy when retailers are faced with operational security challenges.  With world issues demanding new in-store procedures to assure safety, it is more... Read more